People with the flu are advised to get plenty of rest, drink plenty of liquids, avoid using alcohol and tobacco and, if necessary, take medications such as acetaminophen (paracetamol) to relieve the fever and muscle aches associated with the flu. Children and teenagers with flu symptoms (particularly fever) should avoid taking aspirin during an influenza infection (especially influenza type B), because doing so can lead to Reye's syndrome, a rare but potentially fatal disease of the liver. Since influenza is caused by a virus, antibiotics have no effect on the infection; unless prescribed for secondary infections such as bacterial pneumonia. Antiviral medication can be effective, but some strains of influenza can show resistance to the standard antiviral drugs.

The two classes of antiviral drugs used against influenza are neuraminidase inhibitors and M2 protein inhibitors (adamantane derivatives). Neuraminidase inhibitors are currently preferred for flu virus infections since they are less toxic and more effective. The CDC recommended against using M2 inhibitors during the 2005–06 influenza season due to high levels of drug resistance. As pregnant women seem to be more severely affected than the general population by the 2009 H1N1 influenza virus, prompt treatment with anti-influenza drugs has been recommended.

Figure 1. Life cycle of the influenza virus and targets for therapeutic intervention.

The antiviral drugs amantadine and rimantadine block a viral ion channel (M2 protein) and prevent the virus from infecting cells. These drugs are sometimes effective against influenza A if given early in the infection but are always ineffective against influenza B because B viruses do not possess M2 molecules. Measured resistance to amantadine and rimantadine in American isolates of H3N2 has increased to 91% in 2005. This high level of resistance may be due to the easy availability of amantadines as part of over-the-counter cold remedies in countries such as China and Russia, and their use to prevent outbreaks of influenza in farmed poultry. 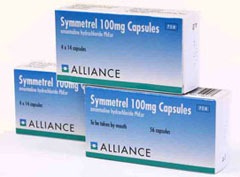 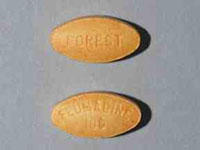 Antiviral drugs such as oseltamivir (trade name Tamiflu) and zanamivir (trade name Relenza) are neuraminidase inhibitors that are designed to halt the spread of the virus in the body. These drugs are often effective against both influenza A and B. The Cochrane Collaboration reviewed these drugs and concluded that they reduce symptoms and complications. Different strains of influenza viruses have differing degrees of resistance against these antivirals, and it is impossible to predict what degree of resistance a future pandemic strain might have. 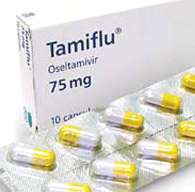 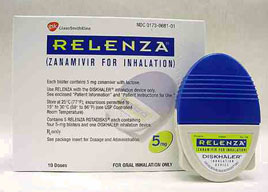